Winter in Burns Lake! After the snow falls, the sun often peeks out and the world becomes a sparkling inviting wonderland. Like the Premack principle…First shovel the driveway, then a snowshoeing adventure around Kager lake with one of my young colleages:-) So bring on the snowshovel! It’s not too deep this time! 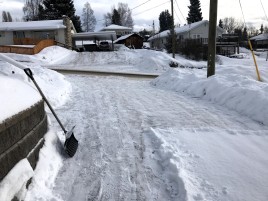 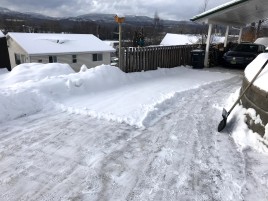 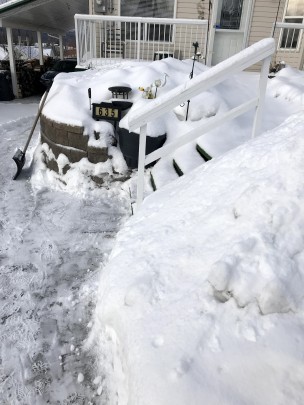 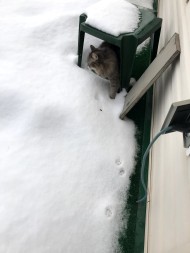 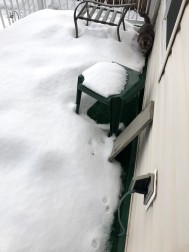 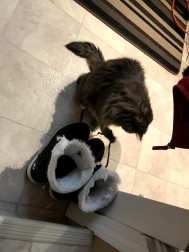 After Deirdre picked me up at my Home Base, we headed off to one of the favorite recreational areas for locals, Kager lake. It’s less than 10 minutes out of town and in addition to the lovely trail around the lake there are endless mountain biking and “fat tire” trails through the trees. For those of you who don’t know what “fat tire” riding is…I just learned too. Basically, it’s mountain bike trail riding using really “fat” or wide tires so you can ride in snow. Not on my bucket list…. Today We’re trying snowshoeing. The schools  have sets of snowshoes and cross country skis for students and staff to use. So, we borrowed a couple of pairs and decided to get familiar with this mode of snow transport. After we figured out how to attach the snowshoes (similar to snowboarding) and I admired the saw shaped metal ‘claws’ at the bottom, we were off. 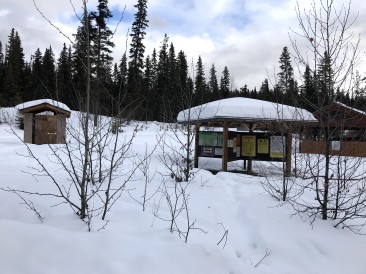 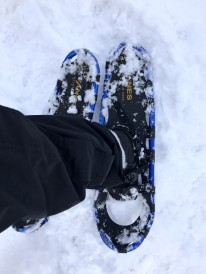 The metal snowshoes felt large but were pretty easy to maneuver. The lake has been frozen solid for several months now. I had heard that people were skating, playing hockey, and riding “fat bikes” on it. But it was a quiet day and we only saw 5 other people during our hike. As you walk the snow squeaks somewhat and we both noticed that snow tended to build up under the snowshoe making them quiet heavy at times. Perhaps the snow conditions? 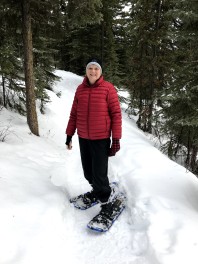 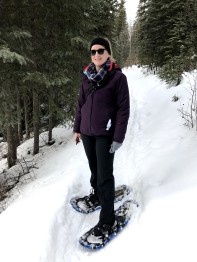 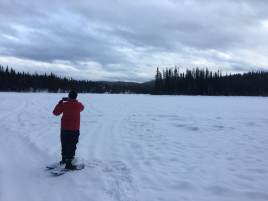 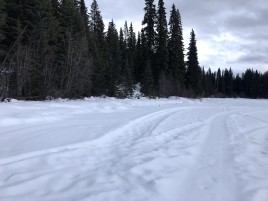 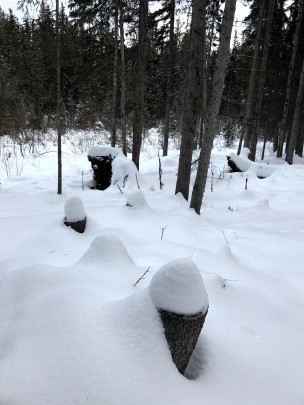 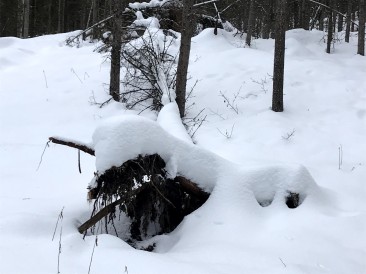 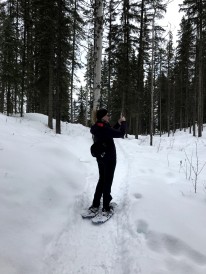 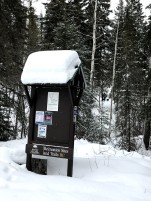 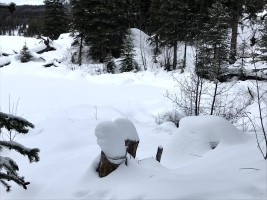 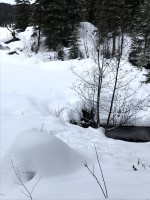 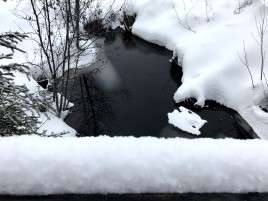 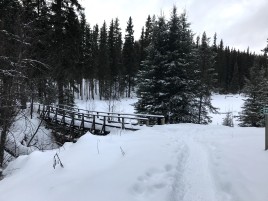 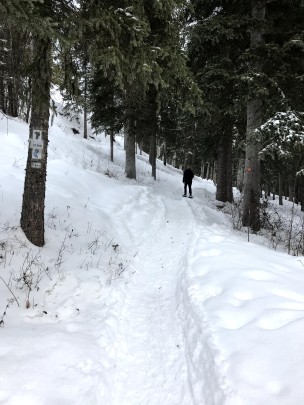 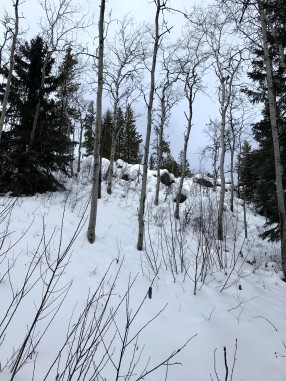 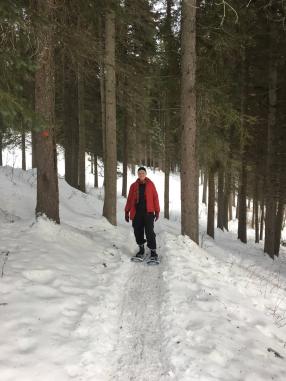 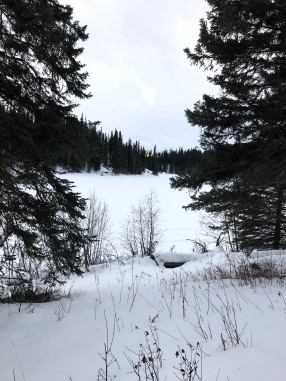 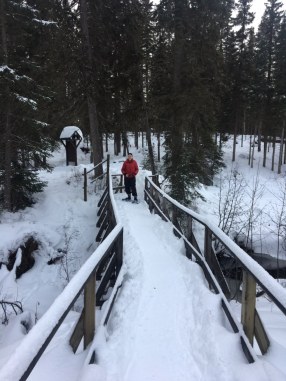 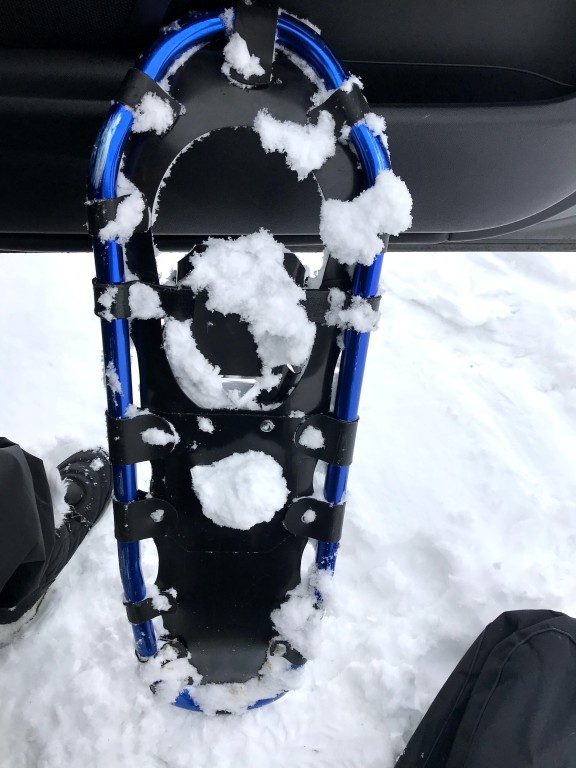 I felt great for the first hour….but I could really feel the top front of my thighs near the end and I really had to push myself to finish the last section of the trail. This is good exercise! It was beautiful walking through the forest and a fun sensation walking on the frozen lake too. Thanks Deirdre!

Vancouver Island is my home base. Married to an amazing man named Mark. Curious. Life long learner. Love to travel, have adventures, try new things, enhance my global awareness. Live.Laugh.Love. So proud of my family.